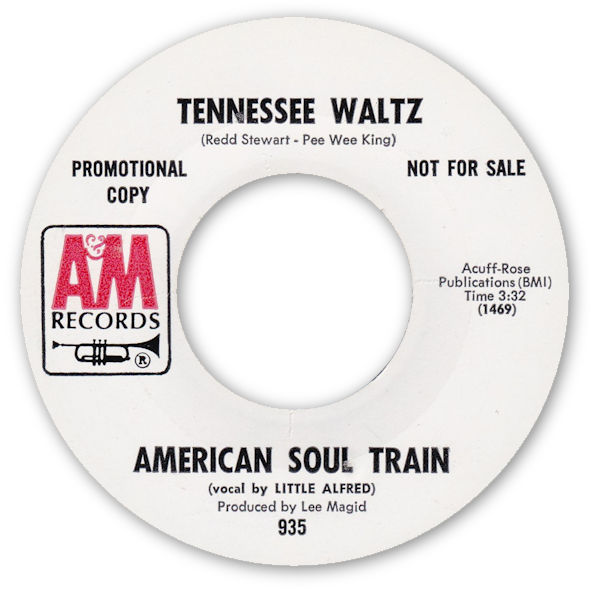 Countless soul singers have had a go at the enduring American standard Tennessee Waltz without really nailing it, but this version takes it further than most. After a flourish from the big horn section, the heavily echoed voice of Little Alfred takes centre stage. And what a fine job he does, swooping and swaying around the melody, with some “my my my” phrases very reminiscent of the Big O. At first the pace is so slow the song hardly moves at all, but then after a verse or two it really picks up. A trick probably lifted from Try A Little Tenderness.

The name of the group hides the identity of the Boogie Kings, the best big R & B/Rock 'n' Roll band in Louisiana who were on a tour in the West Coast when this track was cut. Little Alfred is in fact the vocalist who made his name with another superb Pelican State aggregation, swamp pop maestros Cookie & the Cupcakes.