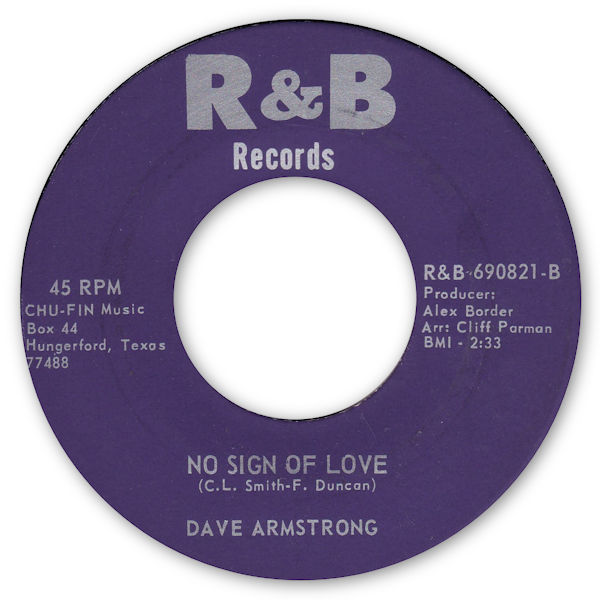 Using the same backing track as Vernon Garrett’s version this rip-roaring 45 really ought to be better known. Armstrong does a pretty competent job bemoaning his fate, but the real kick comes from the horns, especially the trumpets and the background work by the trombone. The bluesy tinge to the chord changes and the guitar only add to the pleasure of this one, which may have been cut around 1969 if the label number is any guide. The label says Hungerford, Texas but Cliff Parman’s name on the disc suggests it was cut elsewhere – Nashville? I don’t know of any other discs by Armstrong.