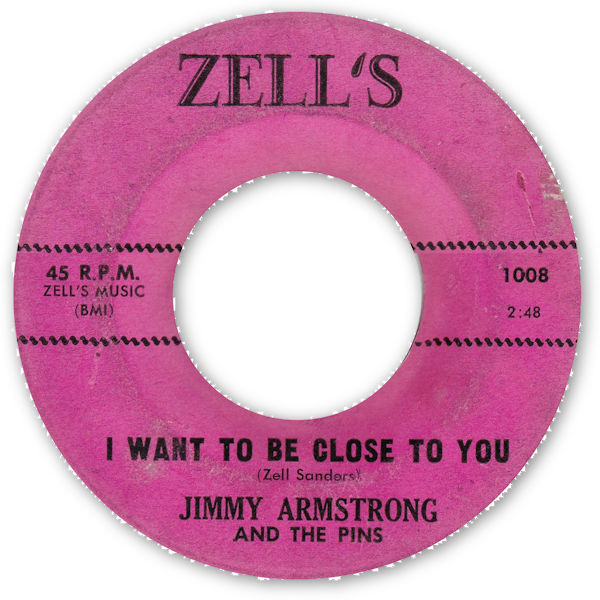 Jimmy Armstrong is one of those artists who cut a handful of fantastic 45s but never got the break which would have set up a career that his vocal abilities warranted. He started his career in New York recording for the formidable Zell Sanders. I Want To Be Close To You is an extraordinary track. Apparently accompanied by just an organ and an occasional base drum pedal Armstrong sings and hollers his heart out backed by a fine male chorus. The track sounds like an outtake of a gospel rehearsal.

His next 45 for Enjoy which coupled I'm Going To Lock My Heart and Count The Tears is amongst the rawest soul of the early 60s, real throat tearing stuff. The former cut in particular features a quite astonishingly harsh vocal – deep soul buffs of course will lap it up but it will come as a bit of a shock for those used to more routine singers.

Armstrong’s Stop 45 was a reissue of the Zells single but he then cut for Eddie Singleton's Shrine concern in Washington DC at the end of 1965, and I'm About To Say Goodbye is in a similar unforgiving vein - one of only a couple of that famous label's output of any interest to deep soul fans. The shimmering rhythm guitar gives this track a lovely haunting feel to it. 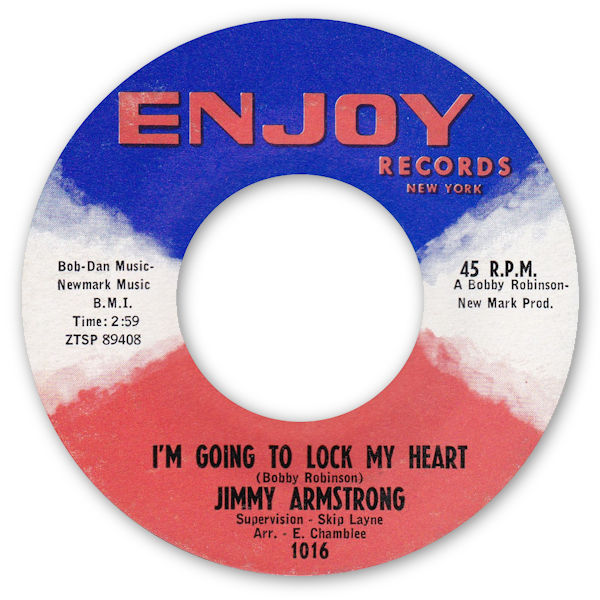 Armstrong had a further Shrine release scheduled but this was pulled when owner Eddie Singleton signed a deal with Jackie Wilson whereby the big star got the rights to release his own version of the uptempo screamer I’ll Love On (Brunswick 55283). This has left the far better It’s Gonna Take Love in the can up till now but as you can hear it is right in the great Armstrong groove – a ballad of force and conviction sung with all fervour of which he was capable. Testifying of the highest order.

Singleton remixed I'm About To Say Goodbye for sister label Jet Set in 1967 and this, rather better balanced, cut is the one you can hear on this page. The very rare You’re Getting Next To Me Baby followed on as Armstrong's final release. Who the Brothers Three were and where they came from remains a mystery - although the names Buddy Scott and Jimmy Radcliffe as writers hint at their involvement, and a New York location. But whatever the source this is soul music of the highest class. Armstrong simply screams his way through a wonderful 12/8 ballad, aided by a tasteful and sympathetic arrangement. My copy has an Armstrong autograph - a treasured possession. 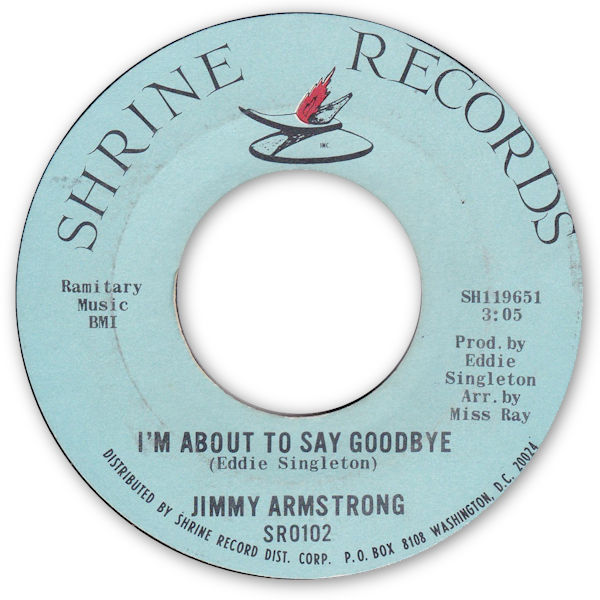 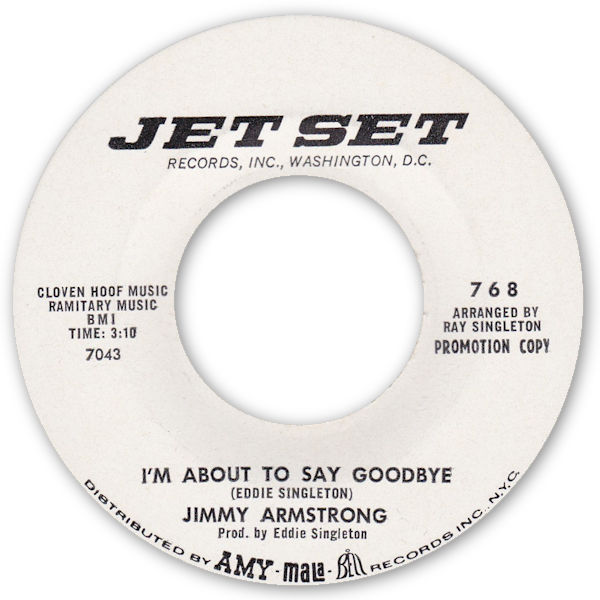 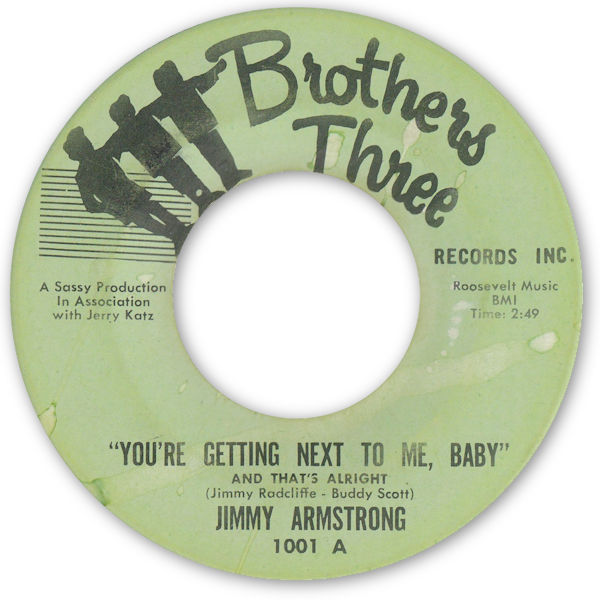 You're Getting Next To Me Baby - BROTHERS THREE 1001