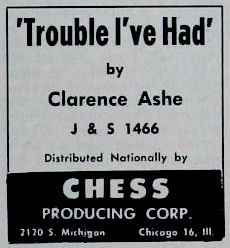 Zelma "Zell" Sanders is one of black music's unsung heroes. For most of the 50s and through the 60s she kept herself by working as a security guard in New York, spending her evenings running her own music business. She must have been a formidable operator to maintain her status in a notoriously rough and tough biz for so long, and remains one of only a few women to do so in an era where sex discrimination was a fact of life. Her labels – J & S, Zells mainly – are best known for the hits by Johhnie and Joe, and for doo wop groups like the Hearts, but for southern soul fans her key artist was Clarence Ashe. His series of 45s in the 60s contain some excellent music. His was a no frills sound, just Clarence singing and talking over R &B and soul backings, and if the production values weren't always of the highest it's certainly music from the heart.

Zelma's often idiosyncratic numbering system makes it difficult to put Ashe's releases in chronological order, but the extraordinary Trouble I've Had may well have been the first, and it put him firmly on the map. Of course Clarence Carter took this and slapped his own humorous slant on it, but Ashe's mournful original sold well enough to get a lease deal from Chess and it just appeared in the Billboard charts for 1 week in June 1964. He reprised it in Why Have I Had So Much Trouble and used the backing track again to allow Glenda Dove to chide him on You Jived Me Long Enough as well, so Zelma got good mileage out of it. If I Could Only Lie, which continues as "part 2" on the flip, is a much better demonstration of Ashe's strong, hoarse R & B tinged vocal chords over some fine triplet piano and tenor sax fills. In The Middle Of The Night has a great rousing gospel opening, leading to a Soul Sisters type Big Apple R & B workout, but Close To You is a different kettle of fish altogether. Arguably Ashe's best deep number, he really gives his all, ably helped by a female chorus, and a very sympathetic small group backing. It's not surprising that Zelma was able to lease it to ABC, but it didn't sell enough to make the national charts. You can't help but admire a guy whose last 45 was entitled Back To Muscle Shoals – even if it was certainly cut thousands of 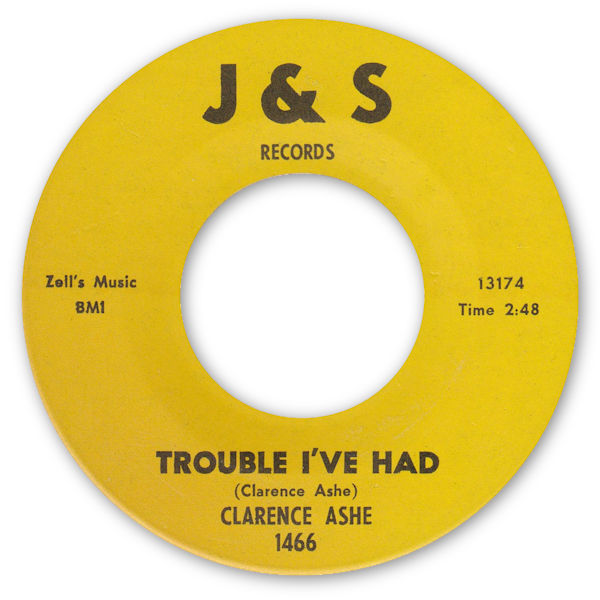 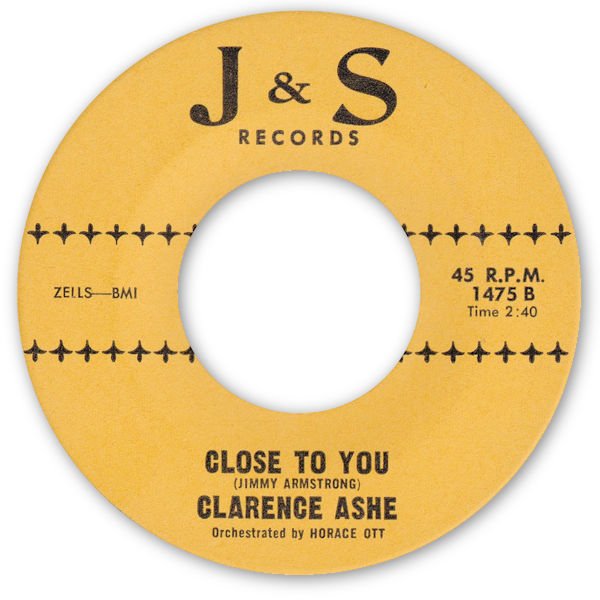