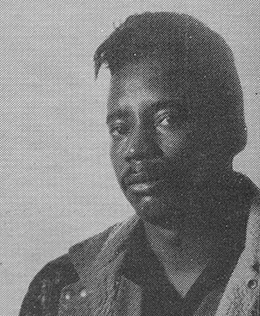 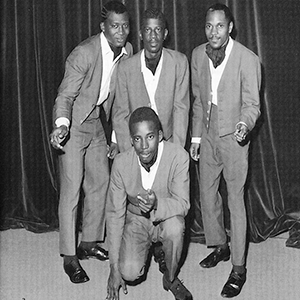 Bobby Lee Fears was one of the triumvirate of Georgia based writer / singers which included the wonderful Lee Moses and excellent Hermon Hitson to be involved with hustling producer Johnny Brantley in the 60s. But Fears is considerably less celebrated than the other two. 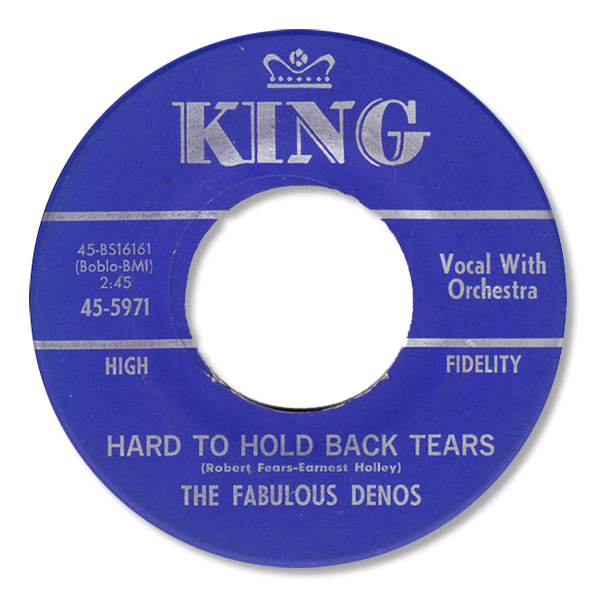 There are reasons for this – firstly he used aliases in his small number of solo recordings, and secondly he was mainly a group singer which effectively hid his name from fans. But despite this Fears was a very fine singer indeed and should have much greater recognition than he has.

Unlike Moses and Hitson it seems that Fears started his career with as big a Macon connection as an Atlanta one. He was the key member of the Fabulous Dinos (or Denos later) not just singing lead on their four 45s but also contributing as the writer of three of their tracks. The Dinos first release was more doo wop than soul and found a strange outlet on Musicor the Big Apple label. Where Have You Been was much the better track but still didn’t really hit the spot. Rather better was their second effort on the local Saber label with the tuneful beater Instant Love and the subtle Retreat still retaining hints of their doo wop basics but both sides having a very soulful lead from Fears.

The two singles the group had on King both had a link to the Macon producer Bobby Smith and are much more polished than their predecessors. Once I Had A Love was much more in a soul vein than their previous sides while the flip Bad Girl was a really strong dance side. This was penned by Fears and Lee Moses, and both Moses and Hitson covered the number to great effect on dancers. But you may find that Fears’ own vocal is in no ways embarrassed by the comparison with those two wonderful vocalists. By turns Fears is tough, tender and totally in control – a really fine performance. 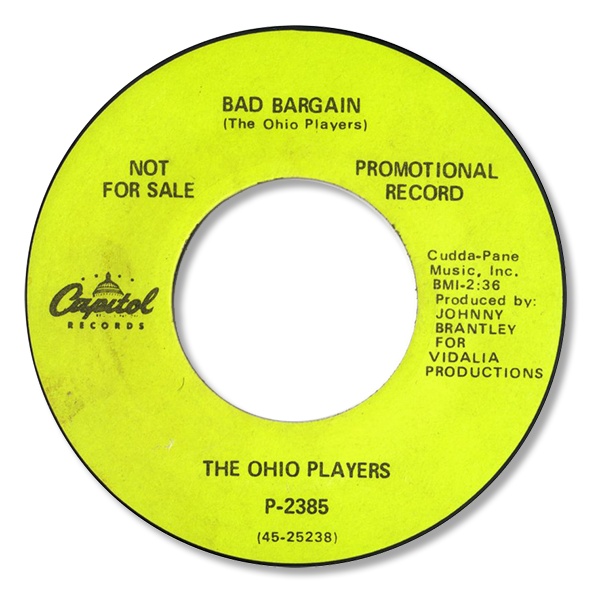 Fears co wrote both sides of the group’s final 45 and both tracks are very easy on the ear. I like Hard To Hold Back Tears for its melody and horn charts but mostly for Fears own compelling vocal, especially when he hits those really high notes. I Enjoy Being Loved By You is another melodic tune with a toe tapping beat, topped off by a super screaming lead vocal from Fears. An excellent double sided 4

By 1965 when the Denos disbanded Bobby Lee Fears would undoubtedly come to the attention of hustling producer Johnny Brantley, through Lee Moses if via any other route. Brantley was involved with the newly reformed Ohio Untouchables who were now calling themselves the Ohio Players. Brantley contracted Fears to be their new lead singer, where he remained for almost the rest of the decade. 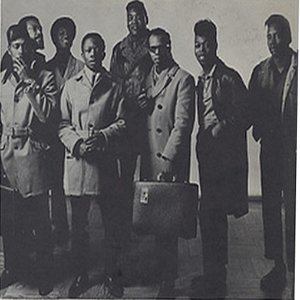 Ohio PlayersIf there was one soul group I never thought I would write about it must be the funk band the Ohio Players, but with Fears at the forefront their early music is well worth looking into – even if the same can’t be said about their 70s excesses. Fears had a super start with the group on their only Tangerine outing, sounding really tough on the funky uptempo tracks Thing Called Love and Neighbours. The Players always credited songs to the whole group as writers, but I think Fears’ fingerprints can be found on a few of the group’s songs in the 60

The Players became the Compass label’s in house band in 1967 and Brantley often recorded them in New Jersey where studio costs were lower than the Big Apple. The group backed Helena Ferguson on her two Compass 45s, as well as having a couple of releases under their own name on the label. All four of the sides were bottom heavy horn driven numbers with I’ve Got To Hold On being the pick thanks to a really throaty vocal from Fears at his best.

The group moved to Capitol still under Brantley’s control and their initial disc for the label had their first real masterpiece. The horn rich ballad Bad Bargain is a gift for Fears who gives a superlative reading of the doom laden lyric. A five stars track for sure. The excellent top side Here Today And Gone Tomorrow is almost as good as “Bargain” making the 45 a wonderful double sider.

Capitol issued the group’s first album Observations In Time in 1969 which included all the four of their singles sides, as well as a couple of first class ballads that seem to have been completely forgotten. The bluesy Cold Cold World is a sad story suitably mournful in its treatment with Fears at his most emotionally drenched and Lonely Street on which he is, if anything, even more emotionally wracked with a couple of wonderful falsetto phrases. Really excellent singing.

And that LP marked the end of Brantley’s involvement with the Ohio Players, and when he left so did Fears. But before the two parted company Brantley recorded Fears on a couple of “hidden” 45s. The first came out on Verve with the party atmosphere of A Woman And Some Soul was coupled with an orthodox thumper in Why which sounds like an Ohio Players outtake. This disc was released under the name “Bobby Brown” and the second 45 released as by “Bobby Dixon” – both names presumably used for contractual reasons. 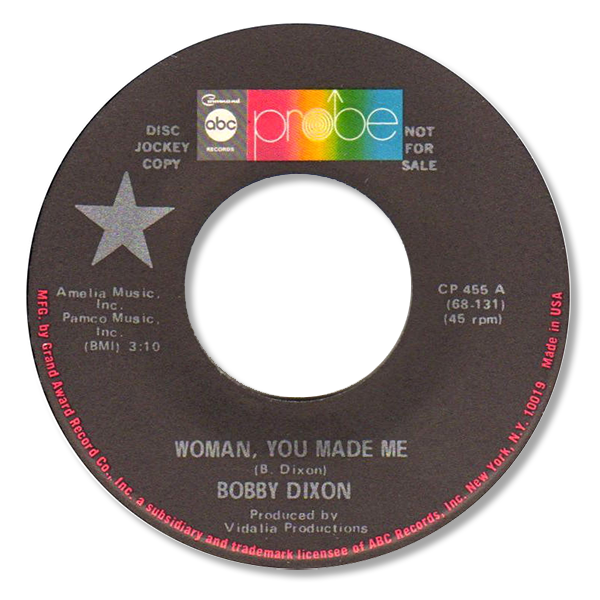 The Bobby Dixon disc Woman You Made Me is a real killer deep soul track that I’ve already raved about here – but it is still worth repeating that this track really must be in every real soul fan’s collection. The backing may well be the Ohio group uncredited but the glory is all down to Fears’ uncompromising attack and screaming vocal artistry.

As is so often the case with Brantley he did produce Fears on a couple of tracks in Atlanta that have never been commercially released, The first, No More Lonely Nights is a downbeat number that could well feature Lee Moses on some fine guitar figures, but the second is an absolute gem All the Way With You. I believe that this was a Fears original song and that his cut was the first to be recorded prior to the version by Hermon Hitson called Feel So Real. It goes without saying that Fears is at his howling best on both tracks.

After Fears and Brantley went their separate ways Fears recorded two final 45s for Forward and then Bell. Sadly neither of them are anything like as potent as his earlier efforts. And that was that for Bobby Lee Fears career apart from a bizarre footnote. He was reportedly part of a comedy / singing double act with the ex-Governor of Georgia, the appalling racist Lester Maddox. Fears was washing dishes and singing for customers at Maddox’s Atlanta restaurant when the dreadful mad suggested the two should team up. They had gigs across the southern US in the later 70s apparently.

All the way with you - UNISSUED

ListenAll the way with you
No more lonely nights

Note ~ There are several versions of an LP called “First Impressions” which includes their Compass material. The cheapest UK one is probably Charly’s “Trespassin’” but the one with the best sound quality is P-Vine’s “Funky Street Party”.