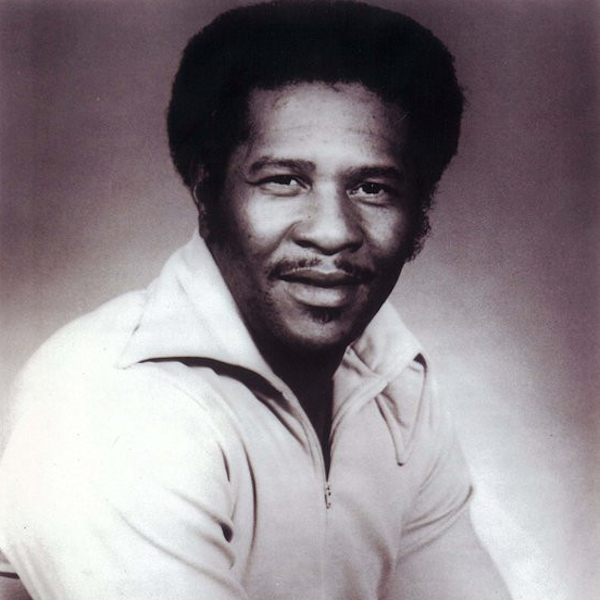 James PhelpsOf course it is a cliché to state that all the great soul vocalists came from the gospel tradition and learnt their singing styles in the church. This cliché is broken times without number on these pages – but in the case of the wonderful James Phelps it’s perfectly correct. After a lengthy and highly successful career in sacred music made by such groups as the Clefs Of Calvary and the astonishingly fruitful Soul Stirrers, Phelps turned to secular music around 1965 at the prompting of Chess A & R man Gene Barge. And although Phelps’ recordings in the popular music vein were few their quality – and especially his vocal performances – were so high that he has become a soul giant highly regarded by those who value emotional impact over the beat.

Barge started Phelps out with a hit. His Argo released Love Is A Five Letter Word is a fine piece of Windy City R & B on which James’ hard hitting gritty Sam Cooke flavoured vocals are really something. But I actually prefer the beat ballad flip I’ll Do The Best I Can as Phelps is allowed more room for his wonderful gruff Cooke styled delivery over a melodic rhythm featuring a lovely Barge solo. 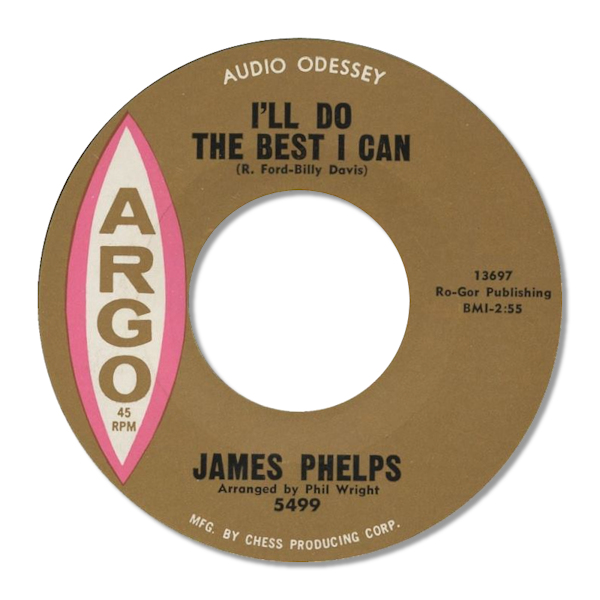 Neither of James’ follow-ups on Argo or Cadet sold as well as “Five Letter” but all four sides are excellent top class Chicago soul with exemplary vocal stylings. La De Da I’m A Fool In Love raises the beat a little, while Wasting Time is a ballad with some lovely touches. The chord changes are just perfect as is Phelps’ impassioned wailing – you’ve got love those Cooke phrases. Both sides of the Cadet get 5 stars here. Action is a typically fine Windy City track – you could listen to songs like this and not get tired of them. Even better is the official top side Oh What A Feeling a finger snapping beauty with a show stopping Phelps performance.

Although Phelps moved on to Fontana for a couple of 45s he remained in Chicago and carried on working with people like arranger Phil Wright – so very much the mixture as before. Both sides of the initial Fontana offering are uptempo. Walking The Floor Over You is proof – if you ever need it – that Phelps could swing like the clappers when he had to, while the more melodic Don’t Be A Cry Baby is so easy on the ear. Fabulous One the top side of the second Fontana singles has been rather overlooked in favour of the Northern soul of The Wrong Number. But "Cry Baby" is pretty good too and far better paced. 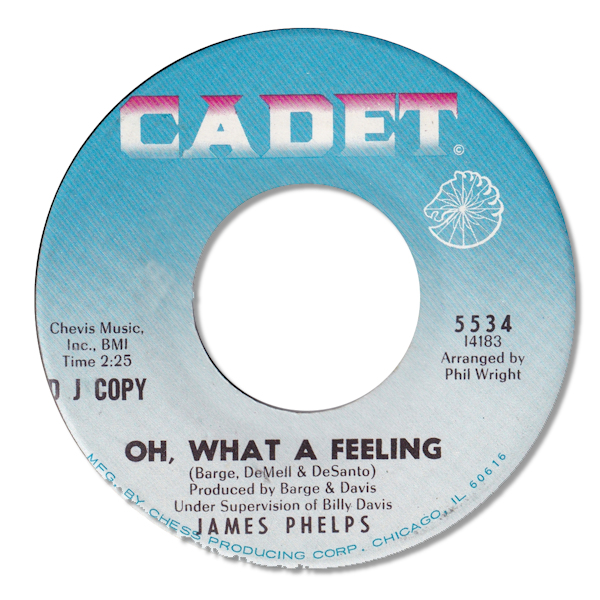 After a short spell away from recording Phelps returned for a one off on apache – for me his best double sider to date. You Were Made For Love is simply a great deep soul record. Phelps is totally involved in the lyric – his beautiful phrasing screamingly effective. The backing tracks is really well arranged too – a song and a performance to savour. The Look On Your Face was also recorded by the fine singer Nate Evans, but he really can’t hold a candle to Phelps when it comes to emotion. His delay timing on this dancer is superbly well done.

Phelps left his best vocal to what would prove to be his final recording for Paramount. Check Yourself a Barge composition is a fine worthy tracks but his cover of My Lover’s Prayer is something else entirely. Not many singers have been able to take on the Big O in my estimation and win – but here Phelps carries out his victory over Mr Redding with ease. He is just unstoppable here – check out his wonderful opening phrase, the timing and the hoarse tone on the rest of the verse. It raises the hairs on the back of my neck every time. And if anything he gets better as the song progresses – a performance of such power and precision it stands as a masterpiece of the vocalist’s art. Sensibly the band keeps well out of his way playing the melody and rhythm leaving Phelps to dominate.

What a way to conclude a recording career! James Phelps passed away in 2010 - so sad. 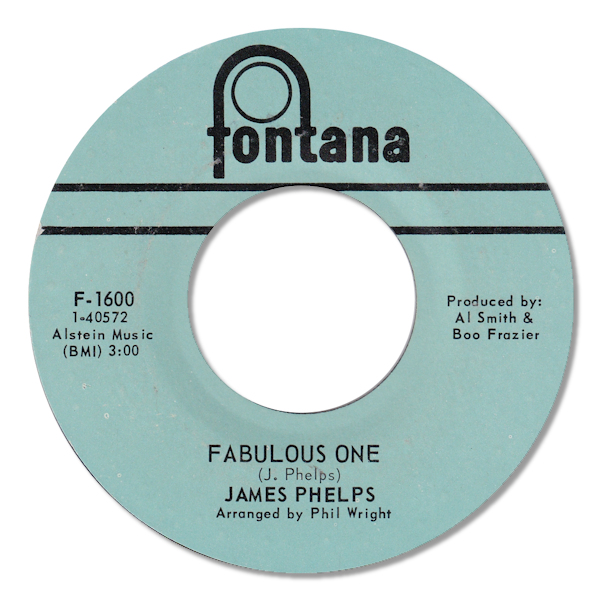 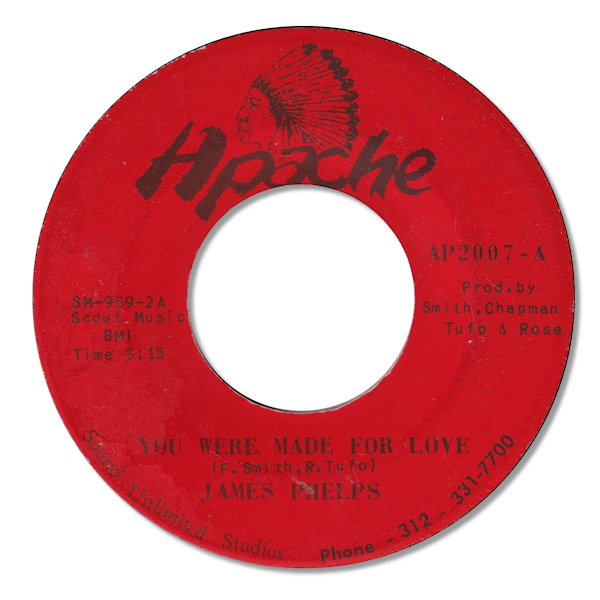 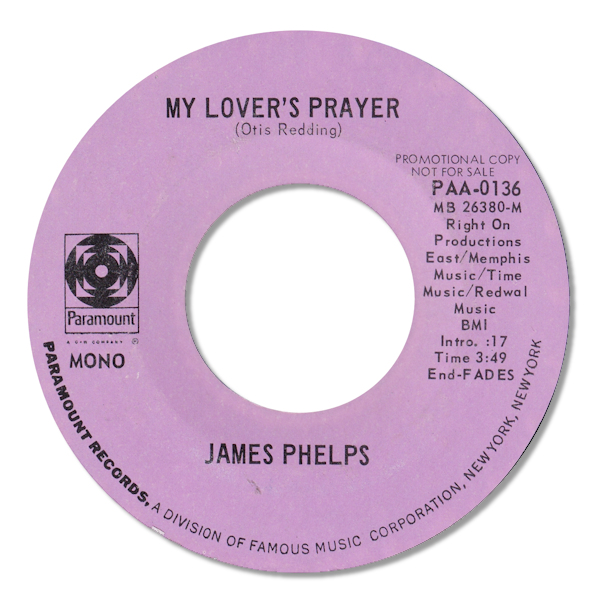