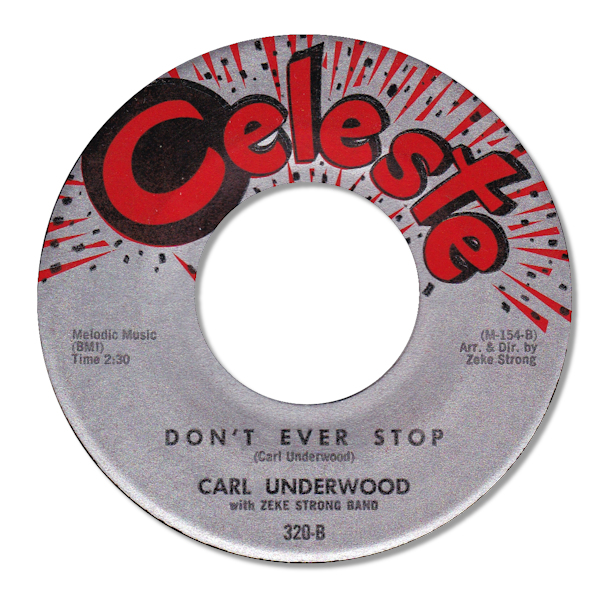 Carl Underwood was another of those fine West Coast blues and R & B vocalists I love so much. All his small handful of singles were recorded under the direction of famous band leader Zeke Strong whose praises I’ve sung a couple of times already on these pages. Underwood may well have been one of Strong’s featured singers on his gigs.

His initial 45 featured the slow doo wop influenced R & B of Don’t Ever Stop which showed off his elegant vocal style with its clear uncluttered tone and soulful delivery. The backing was a typically sax laden arrangement from Strong. The 45 came out on Celeste to start with but was also issued on one of Strong’s several labels Progress. 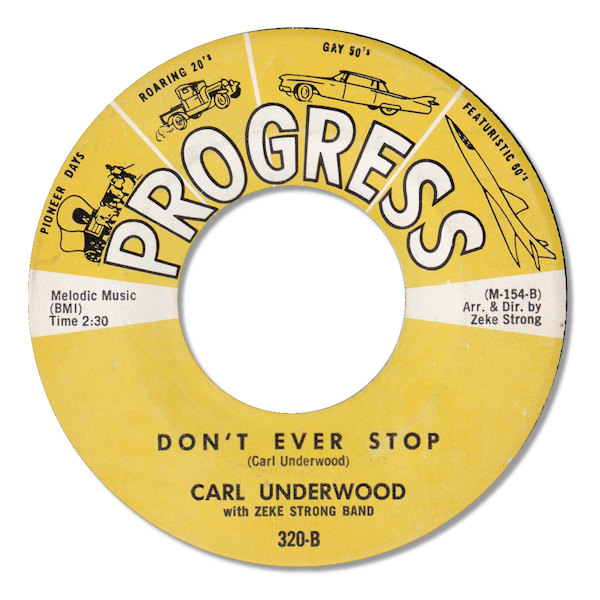 This 45 was followed by the excellent tough The Hurt Is On which was Underwood’s take on a rhythm that Zeke Strong used on several of his favourite singers such as the brilliant Cry Baby Curtis and Jimmy “Preacher” Ellis – not mention leasing it out to other producers like Bill Beau (see Chee Chee here) who used it – mostly uncredited. Underwood’s vocal is rather restrained in comparison to Curtis’ almost unhinged screaming, and the guitar player is further up in the mix, but really whoever is singing I never get tired of the hypnotic instrumentation and superb arrangement.

Underwood’s only other solo recording was the big Northern favourite on Zeke’s Merging label “Ain’t You Lying” which, unusually for a Northern soul side, I really like. It is a very strong piece of R & B with a great sax rich Strong arrangement and a full girl chorus. The flip Leave Me Alone is a much calmer affair without the fireworks of the top side but with a considerably richer Underwood vocal. This was also cut (and written) by the very fine Garlon Davis.

Carl’s duet with the excellent Dealia Copeland is another winner. Every Woman Has A Right (To Change Her Mind) is a slow blues ballad of great force as the participants debate their problems over a chugging beat. The funky flip I Laugh And Talk is excellent as well. Zeke Strong recorded his own vocals over the “Talk” rhythm in conjunction with Copeland on Safe as well as with his wife (?) / (daughter?) Juanita for his own Progress concern. 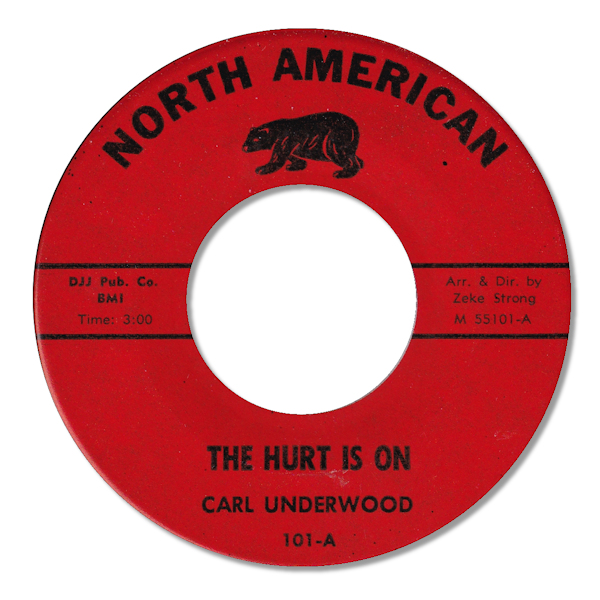 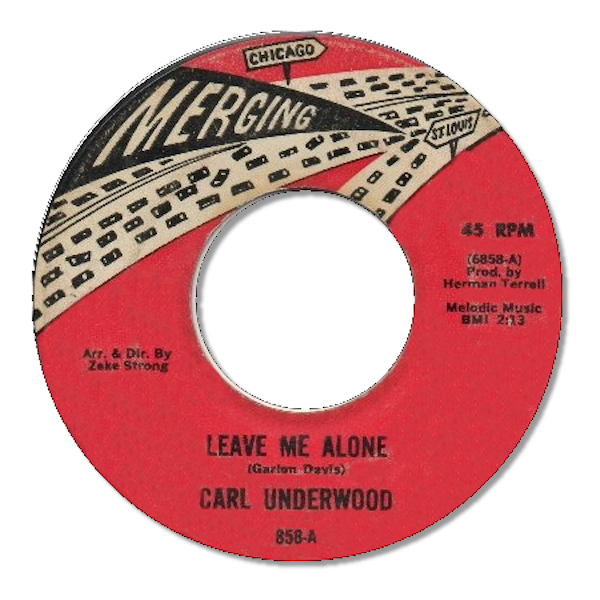 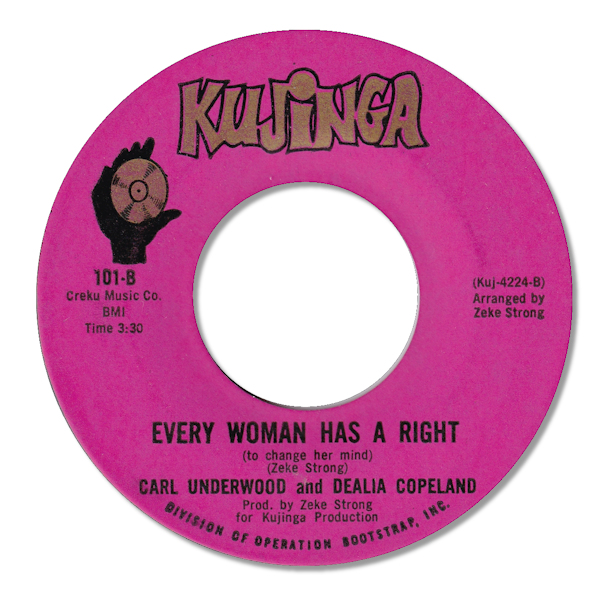 Every woman has a right (to change her mind) - KUJINGA 101